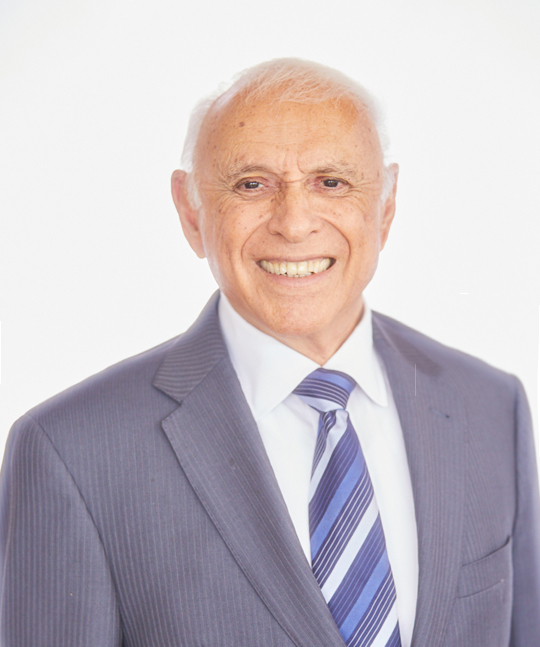 Gary R. Gerson, the founding senior partner of Gerson Preston, achieved success through talent, hard work, and an unwavering commitment to his clients and to his community. His tremendous dedication continues to drive him today.

Mr. Gerson’s beginnings were at the University of Florida in Gainesville where he graduated with high honors earning his Bachelor’s degree in accounting in 1954 and a Master’s degree in business administration a year later. At age 21, he distinguished himself then as the youngest CPA in the country. Receiving a U.S. Navy Commission in 1955, and after serving on a destroyer escort for two years, LT. Gerson was appointed Officer in Charge of the Navy Area Audit Office in Orlando. It was three years later that he began the practice of public accounting in Miami Beach, laying the foundation of what was to become Gerson, Preston, Robinson & Company.

Mr. Gerson has more than 60 years experience in public accounting, taxation, healthcare, manufacturing, retail, financial institutions, government and not-for-profit organizations. Additionally, he holds a special expertise in the field of litigation support for business damages. Mr. Gerson and Mr. James P. Robinson co-authored a manual for the Florida Department of Transportation called, “A Presentation Regarding A CPA’s View of Varying Interpretations of Business Damages under Florida Law.”

Mr. Gerson employs a “hands on” philosophy, overseeing all aspects of business operations within the firm. A significant portion of his public accounting practice concentrates on litigation support engagements, tax planning, international taxation, and other key areas of growth in the 21st century. In addition, Mr. Gerson is qualified as an expert witness in 13 Florida county courts and the Federal Courts of Central and South Florida. Mr. Gerson is a member of both the American and Florida Institutes of Certified Public Accountants.

Throughout his long and distinguished career, Mr. Gerson has generously and consistently “given back” to the community by contributing his time and considerable financial resources to many charitable, civic and educational organizations. He is a former President and Chairman of the Board of the Mount Sinai Medical Center and served as Chairman of the Board of Israel Bonds Organization of South Florida for 10 years. Mr. Gerson has been a member of the Executive Committee and Board of Directors of the Greater Miami Jewish Federation, Douglas Gardens Jewish Home for the Aged, Temple Beth Sholom, the Concert Association of Florida and the Dade County Industrial Development Authority.

Mr. Gerson also built the Student University of Florida Accounting Building which is the only free standing University Accounting building in the country.

The U.S. Senate and House of Representatives have passed the Inflation Reduction Act (IRA). President Biden is expected to sign…

Is your withholding adequate? Here’s how to check

When you filed your federal tax return this year, were you surprised to find you owed money? You might want…

Are you a partner in a business? You may have come across a situation that’s puzzling. In a given year,…

If you’re approaching retirement or have already retired, one of the biggest challenges is balancing the need to maintain your…

Help when needed: Apply the research credit against payroll taxes

Here’s an interesting option if your small company or start-up business is planning to claim the research tax credit. Subject…

The kiddie tax: Does it affect your family?

Many people wonder how they can save taxes by transferring assets into their children’s names. This tax strategy is called…