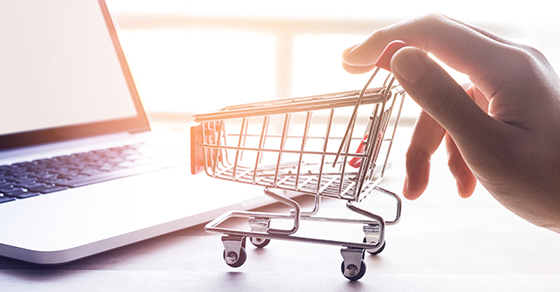 In a much-anticipated ruling that confounded the expectations of many court watchers, the U.S. Supreme Court has given state and local governments the green light to impose sales taxes on out-of-state online sales. The 5-4 decision in South Dakota v. Wayfair, Inc. was met by cheers from brick-and-mortar retailers, who have long believed that the high court’s previous rulings on the issue disadvantaged them, as well as state governments that are eager to replenish their coffers.

The Supreme Court’s holding in Wayfair overruled two of its precedents. In its 1967 ruling in National Bellas Hess v. Dept. of Revenue, the Court tackled a challenge to an Illinois tax that required out-of-state retailers to collect and remit taxes on sales made to consumers who purchased goods for use within the state.

That case involved a mail-order company. The high court found that, since the company’s only connection with customers in Illinois was by “common carrier” or the U.S. mail, it lacked the requisite minimum contacts with the state required by the Due Process and Commerce Clauses of the U.S. Constitution to impose taxes. It held that the state could require a retailer to collect a local use tax only if the retailer maintained a physical presence, such as retail outlets, solicitors or property in the jurisdiction.

Twenty-five years later, in Quill Corp. v. North Dakota, the Supreme Court reconsidered the so-called physical presence rule in another case involving mail-order sales. Although it overruled its earlier due process holding, it upheld the Commerce Clause holding. The Court based its ruling on the Commerce Clause principle that prohibits state taxes unless they apply to an activity with a “substantial nexus” — or connection — with the state.

Criticism of the physical presence rule

The rule, established in Bellas Hess and affirmed in Quill, has been the subject of extensive criticism. This has been particularly true in recent years as traditional stores have lost significant ground to online sellers. In 1992, the Court noted that mail-order sales in the United States totaled $180 billion, while in 2017 online retail sales were estimated at $453.5 billion. Online sales represented almost 9% of total U.S. retail sales last year.

This market dynamic is highlighted in the new case. As South Dakota argued in its petition for Supreme Court review:

Quill has grown only more doctrinally aberrant … But while its legal rationales have imploded with experience, its practical impacts have exploded with the rapid growth of online commerce. Today, States’ inability to effectively collect sales tax from Internet sellers imposes crushing harm on state treasuries and brick-and-mortar retailers alike.

Indeed, it’s been estimated that states lose $8 billion to $33 billion in annual sales tax revenues because of the physical presence rule. States with no income tax, such as South Dakota, have been especially hard hit. South Dakota’s losses are estimated at $48 million to $58 million annually.

The sales tax at issue

In response to the rise in online sales and the corresponding effect on sales tax collections, South Dakota enacted a law requiring out-of-state retailers that made at least 200 sales or sales totaling at least $100,000 in the state to collect and remit a 4.5% sales tax. The 2016 law also included a clause declaring an emergency in light of the need “for the support of state government and its existing public institutions …”

South Dakota subsequently sued several online retailers with no employees or real estate in the state. It sought a declaration that the sales tax was valid and applicable to the retailers, along with an injunction requiring the retailers to register for licenses to collect and remit the tax. A trial court dismissed the case before trial, and the State Supreme Court affirmed, citing its obligation to follow U.S. Supreme Court precedent, however persuasive the state’s arguments against the physical presence rule might prove.

The majority opinion — penned by Justice Kennedy but joined by the unusual mix of Justices Thomas, Ginsburg, Alito and Gorsuch — didn’t mince words. It described the physical presence rule as “unsound and incorrect.” According to the Court, the rule becomes further removed from economic reality every year.

Quill, the opinion said, creates market distortions. It puts local businesses and many interstate businesses with a physical presence at a competitive disadvantage compared with remote sellers that needn’t charge customers for taxes. Kennedy wrote that the earlier ruling “has come to serve as a judicially created tax shelter for businesses that decide to limit their physical presence and still sell their goods and services to a State’s consumers — something that has become easier and more prevalent as technology has advanced.”

In addition, the Court found that Quill treats economically identical actors differently for arbitrary reasons. A business with a few items of inventory in a small warehouse in a state is subject to the tax on all of its sales in the state, while a seller with a pervasive online presence but no physical presence isn’t subject to the same tax for the sales of the same items.

Of course, as the Court acknowledged, the substantial nexus requirement isn’t the only principle in the Commerce Clause doctrine that can invalidate a state tax. The other principles weren’t argued in this case, but the high court observed that South Dakota’s tax system included several features that seem designed to prevent discrimination against or undue burdens on interstate commerce, such as a prohibition against retroactive application and a safe harbor for taxpayers who do only limited business in the state.

The significance of the Supreme Court’s ruling was felt almost immediately in the business world, with the share prices of major online retailers quickly dropping (even those that do collect and remit sales taxes). It’s not just the behemoths that could be affected, though.

The Court recognized that the burdens of nationwide sales tax collection could pose “legitimate concerns in some instances, particularly for small businesses that make a small volume of sales to customers in many States.” But, it said, reasonably priced software eventually may make it easier for small businesses to cope. Perhaps in response to this assertion, prices for shares in a company that makes a popular tax-processing software climbed after the Court released its opinion. The ruling also pointed out that, in this case, the law “affords small merchants a reasonable degree of protection,” such as annual sales thresholds.

Further, the Court noted, South Dakota is one of more than 20 states that are members of the Streamlined Sales and Use Tax Agreement (SSUTA). These states have adopted conforming legislation that provides uniform tax administration and definitions of taxable goods and services, simplified tax rate structures and other uniform rules.

Only about 15 states currently have sales tax laws similar to South Dakota’s, so it’s likely there will be a staggered imposition of sales tax collection and remittance responsibilities on online retailers. Other states may need to revise or enact legislation to meet the relevant constitutional tests — including, but not limited to, the substantial nexus requirement. If you have questions regarding sales tax collection requirements for your business in light of the Supreme Court’s decision, please contact us.

The U.S. Senate has passed the bipartisan Paycheck Protection Program Flexibility Act of 2020, which loosens several of the Paycheck…

Carryover amount for Health FSAs has been increased

The IRS recently increased the carryover limit for Health Flexible Spending Arrangements (FSAs) to an amount indexed for inflation. The…

Did you get an Economic Impact Payment that was less than you expected?

Looking for a trust that can also act as a financial backup plan? Consider a SLAT

Some of the most effective estate planning strategies involve setting up irrevocable trusts. For a trust to be deemed…

Overcoming the challenges of remote auditing during the COVID-19 crisis

Many people are currently working from home to help prevent the spread of the novel coronavirus (COVID-19). Your external…